Off-Site Construction and the New Age of Real Estate 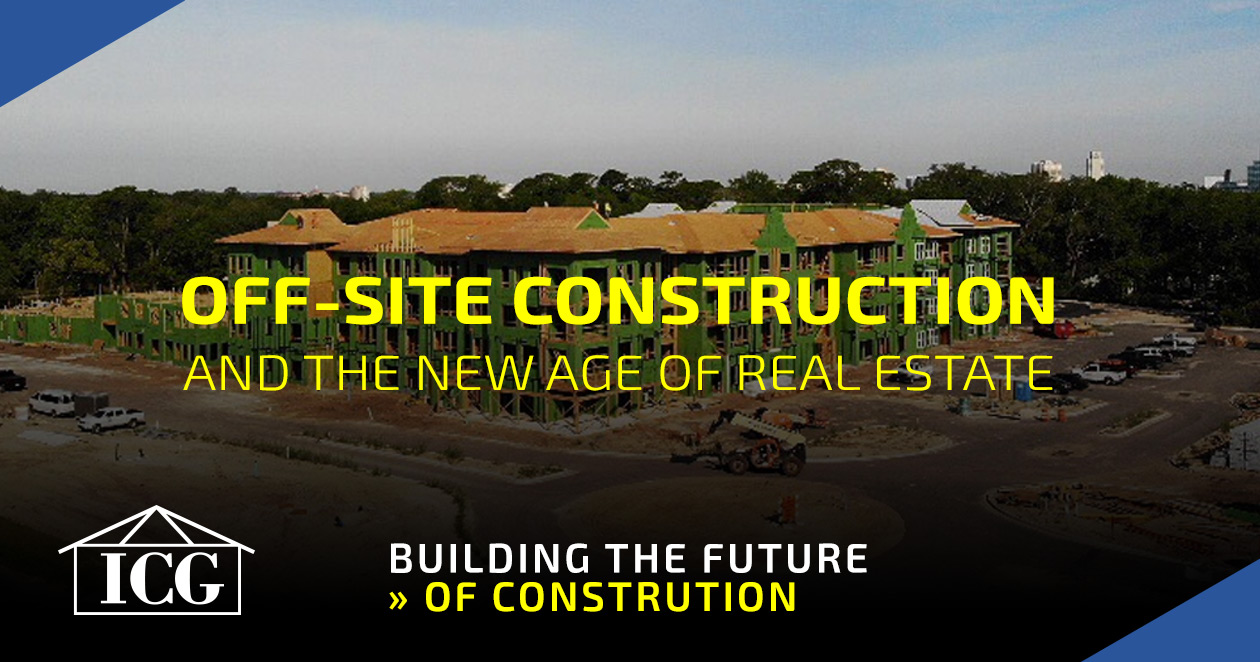 Is off-site construction the future of real estate?
All signs point to yes.

Off-Site construction is emerging as the major disruptive force of the construction industry. According to a report by Zion Market Research, the global off-site construction market is expected to generate around USD 175.15 Billion by 2025, at a CAGR of around 6.7% between 2019 and 2025.

“Prefabrication and off-site construction processes have been used for years, but today, with the emergence of new technologies and construction practices, we have the ability to utilize these strategies to create innovative and quality buildings, while also improving construction productivity. These reported productivity benefits of prefabrication and off-siteization are particularly exciting in today’s economy given the benefits of creating superior buildings while saving cost, time and waste.” – Harvey Bernstein, VP of Industry Insights and Alliances at McGraw-Hill Construction

While off-site construction is hardly a new idea, its tendency to reduce costs of building projects has attracted the attention of real estate developers in recent years. There are multiple advantages to the off-site method that work together to drastically cut costs of a build.

Off-Site Construction Savings By the Numbers

These predictions aren’t simply based on theory. There is mounting evidence that this disruption is already happening today. From their research, McKinsey and Co. discovered that in the United Kingdom, 40% of home builders surveyed said that they were already investing in manufacturing facilities or intended to do so in the near future. Earlier this year, Katerra, a US off-site construction supplier, announced a round of funding from Softbank that took its estimated overall value above $4 billion.

Here at ICG, we serve numerous clients who are embracing the off-site construction model. This trend reflects the growing sentiment of the industry as a whole. ICG understands that home builders are working to decrease construction cycle times and improve quality. If you’re planning a commercial or residential development project, contact ICG to see how you can save time and cut costs for your build. 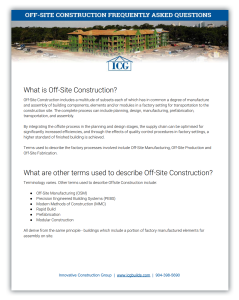